Jayee University College is affiliated to the University of Education, winneba and situated at McCarthy Hill. However, the baffling thing is the students who were billed 200 cedis and 250 cedis for their certificates and graduation respectively, are to pay an extra amount of 300 cedis before graduation to enable them get their certificates based on the excuse that UEW has increased the cost for the certificate due to the delay of the school to graduate the students after the school had come under intense pressure from the completed students and their parents to organise graduation. As if that is not enough, the school however has asked the students to pay another amount of 250 cedis into a separate account aside the preveious stated amount before 23rd of March 2020 to enable the school settle its debt to University of Education Winneba.

The school later slated 28th of December 2019 as the graduation date but eventually called it off two days to the said date without considering the stress the students and their parents might have gone through to witness that joyful moment and this was done without any proper communication.

Speaking with some of the affected students on steps they have taken to make sure the school graduates and hands over their certificates to them, they made it known that they met severally with management of the school concerning the issue but they kept getting excuses which are neither here nor there. some of such excuses are, UEW hasn’t given the school the go-ahead to organise graduation when actually UEW had graduated students of sister affiliated schools who completed in the same year as them so the question is why won’t UEW want to graduate Jayee students and also the school’s management claims students are owing the school some money among others which is also not true.

However, upon meeting with management on the 18th of February 2020 to know the exact date in February, they realised they have been lied to again by management of the school as the said graduation is not going to happen any time soon and that what made them more angry is management not having any iota of shame than ask them to give them up to May 2020 to organise the said graduation since they know for all this while they have waited management have done nothing than keep disappointing them and they feel they are being played for a fool and that the school is also playing with their future and making them loose opportunities, jobs and some can neither further their education. For the foreign students, theirs is even more complicated as they have limited number of years to serve their countries after completing a tertiary institution and having a certificate to show for it, and after those years they cannot serve as in the case of the Nigerian students as May 2020 will be too late and their certificates may not serve a purpose.

The sad news for Jayee University College is the students have vowed take matters into their own hands and are also not ready to give management of the school any more time as they ask of them and also management should make sure they organise graduation and hand over their certificates to them before the end of March 2020.

Meanwhile, the question still remains why Jayee University College has made it a tradition not to immediately graduate and hand over certificates to her students after completion and fulfillment of all academic requirements and paying millions of cedis for four years. 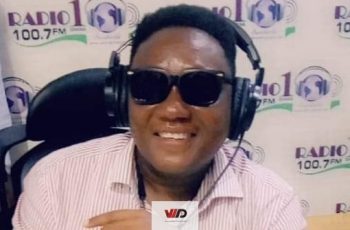