Achimota School has rejected a directive by the Ghana Education Service to admit two Rastafarian students.

Headmistress of the school after a crunch meeting on Monday with the regional director of education and the GES stated that the school will not compromise on its school rules and will only admit the students if they take off their dreadlocks.

The Ghana Education Service (GES) over the weekend directed the headmistress of Achimota School to admit the two teenage students whose admissions were withdrawn due to their dreadlocks.

The directive followed an intense and sustained online protest against the decision of the Achimota school authorities.

But EIB’s Fritz Ameghashie reports that after the meeting on Monday, the Headmistress of Achimota school stated that either the parents compromise on their religious beliefs and allow their children to take off the deadlocks or students will be refused admission to the school.

The decision by the school comes after the National Association of Graduate Teachers (NAGRAT) on Monday fiercely resisted a directive from the Ghana Education Service for management of Achimota School to admit two students with dreadlocks.

NAGRAT President Eric Angel Carbonu said the exemptions will lead to a chaotic school environment in the country and has asked the GES to redirect the management of Achimota School to ensure students abide by rules. 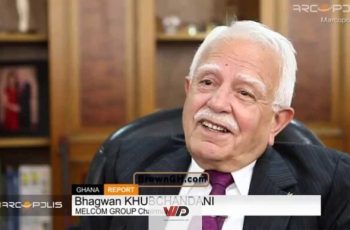