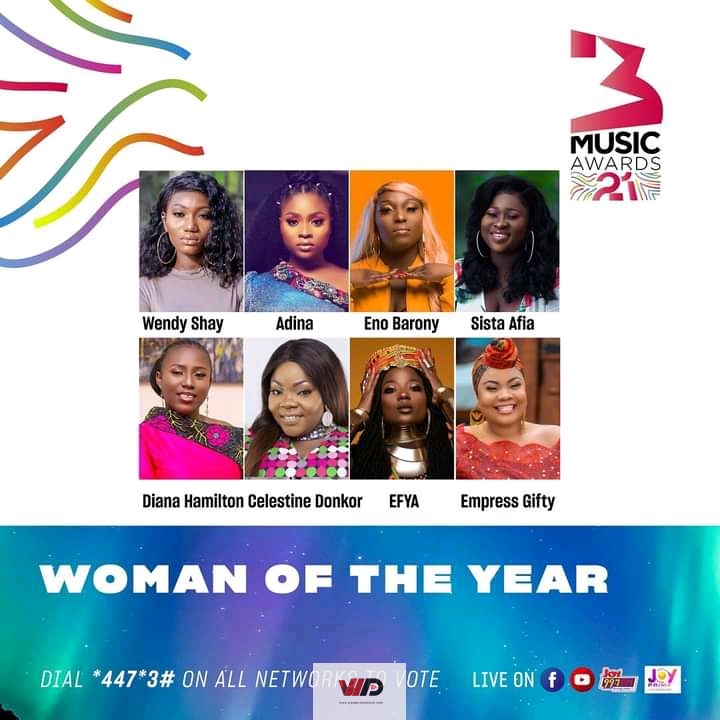 Organisers of 3Music Awards have unveiled the first batch of winners for this year’s edition.

Diana Hopeson, Frances Ademola and Grace Nortey were also honoured at the second edition of the brunch which sought to “shore up interest and consolidate the sustained efforts made over the years in the push for female empowerment within our creative space and beyond”, per Whitney Boakye Mensah, Co-Executive Producer of the brunch.

It was hosted by Naa Ashorkor Mensah-Doku who led a panel discussion on the topic “A Woman’s place is in leadership: How can Women emerge as strong leaders at the workplace and in the industry.”

The brunch preceded the 2021 3Music Awards set to be held on Saturday, March 27.

I Got More Money After Leaving Stonebwoy – Kelvyn Boy

Ronnie Ato Paintsil Nominated For ACAA Through AFRIFAMU In America