Former Brong Ahafo Regional Minister, Eric Opoku, has exposed NPP on attempts by some political actors to link his former boss, John Mahama to the scandal.

His comment was in reaction to the New Patriotic Party’s (NPP) claim that the supposed government official said to have allegedly received bribe from officials of European aviation giant, Airbus is former President Mahama.

This has angered members of the National Democratic Congress (NDC) who have accused the ruling government of seeking to divert attention.

In support, Mr Opoku on Asempa FM’s Ekosii Sen programme Tuesday expressed shock at the conduct of the ruling party which boasts of legal luminaries.

He could not fathom why government is yet to conduct a thorough investigation into the matter yet the NPP is pointing accusing fingers at Mr Mahama.

Mr Opoku, who is also the Member of Parliament for Asunafo South, was on point by explaining in details which sort to prove that his former boss, has no idea about the, the so-called airbus scandal.

From my reading of the UK SFO report and the approved judgment of the Crown Court of Southwark on the raging Airbus scandal, it is clear that the whole case is about: criminal infractions by employees and agents of Airbus and nothing more.

These infractions are that:

1. Airbus engaged agents (intermediary 5 and his associates & intermediary 8) who had no prior expertise in the aerospace industry, to help them sell military aircrafts to Ghana.

2. The role of Intermediary 5 in the transactions violated OECD Convention, 1997 due to his close relation with a Ghana government official (GO1) who was influential in Ghana’s acquisition of the aircrafts at the time.

5. The success-based commission paid to the intermediaries were “intended to induce or reward improper favor by government official 1.”

NB: There is no indication either in the report or approved judgment that this intention was actualized.

2. There is no finding in the report or approved judgment that Ghana lost any money through the transactions. Ghana was not in any way shortchanged. No such finding was made by the UK SFO or Southwark Crown Court.

3. There is no finding either in the report or approved judgement that any laws were breached by the government of Ghana or any official of Ghana in the transactions. The Procurement law was strictly adhered to.

4. There is no finding in the report or approved judgement, that the government of Ghana or any government official, engaged or paid any money to any agent. Therefore any infractions arising from the engagement and payment of agents by Airbus are entirely their business.

2. Allegations of wrongdoing on the part of the Mills and Mahama administrations by the NPP are frivolous and baseless. The NPP is only engaging in conjecture and baseless insinuations. They have not been able to adduce any evidence to buttress their claims.

3. To the extent that, the said government official 1 is not accused of any wrongdoing in the report and approved judgment, his identity is completely immaterial.

4. The desperate attempt by the NPP and its media surrogates to divert attention from recent conclusively established cases of corruption involving the Akufo-Addo government such as, the missing tricycles scandal, missing excavators scandal, the doling out of over GHS136 billion tax-waiver to the in-law of President Akufo-Addo among others, will not wash. 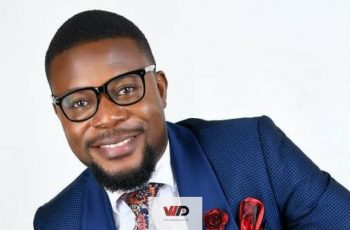 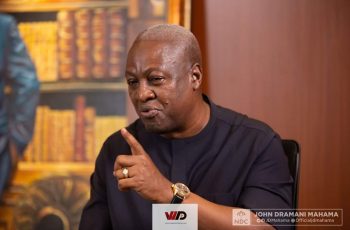