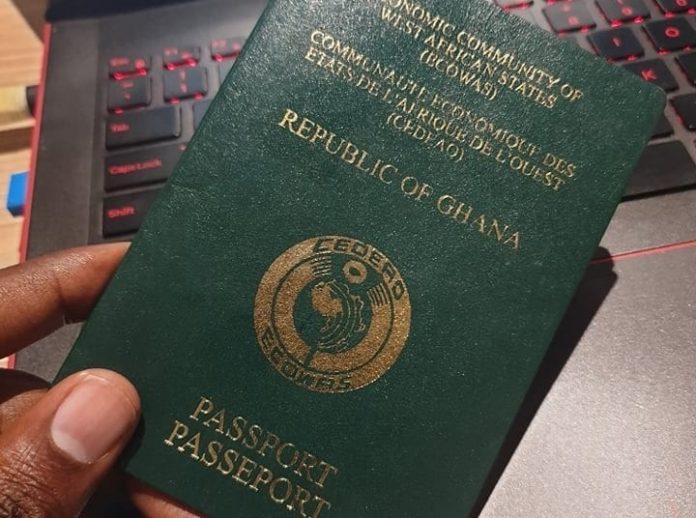 The Foreign Affairs Ministry has indicated that it is working closely with the Ministry of Interior and other bodies, including the local government to phase out the birth certificate as one of the requirements for acquiring a passport.

According to Deputy Foreign Affairs Minister, Mohammad Habibu Tijani, although the birth certificate has long been one of the requirements for acquiring a passport, it has not been a valid document to prove a person’s true identity as a Ghanaian because there have been instances where some persons have presented fake ones.

“Passports, before any applicant is considered for the Ghanaian passport, we have a number of factors that come into play. It is true that birth certificates have been one of the fundamental requirements for getting a Ghanaian passport.

“But I want to also add that it is not only the birth certificate because sometimes we are able to detect that people have the birth certs but they are not even genuine ones,” he told Evans Mensa on Newsnite.

This decision comes after a Supreme Court ruling that the birth certificate is not a form of identification because the document does not establish “the identity of the bearer”.

The decision written by Justice Ashie Kotey states that a birth certificate does not link its holder to the information it contains. It adds that it provides no evidence of citizenship.

The Foreign Affairs Ministry, however, says it stands with the Supreme Court’s ruling, indicating that, there have been instances where persons have presented fake ones.

“Other times people are found not to be Ghanaians also having birth certificates,” Mr Tijani said.

The Ministry however, has indicated that this decision will not affect existing passports.

“Hitherto it, we were thinking of working closely with the NIA because if every Ghanaian has an identification, it will be easier to have to credible information about their identities.”

“So that anyone coming to us for passport will not be asking the same questions that the person went through in acquiring the national ID, once we are linked it’s a matter of checking one or two things because every information that is required to give out a passport, we already have it,” he added.

“So after this ruling, we will be awaiting to get instructions from the Ministry of Interior whiles we are increasing our vigilance on questioning applicants,” he said.

VIDEO: Teenage Girl Narrates How She Destroyed Her Life With Blood Covenant