Fast-rising Afro dancehall, Jazz, Afrobeats and Afro-soul singer, Christened Joyce Adjo Amuzu known on stage as Elis Koina takes over the music space by surprise for being the only Ghanaian female artiste to get featured on the “Where Di Money Dey” Riddim project by USA based Kormantse Muziki Record Label.

The “Where Di Money” Riddim Project which was officially released on audiomack on 25th December, 2021 featured a barrage of well-experienced reggae musicians like Knii Lante, Osagyefo, Jahbeloved , Kente, Jahwyz and many more.

Elis Koina’s “Indian Almond” version is currently one of the public’s on the project.

The 1st Page Music and Godzy Music signee, grew up in Dansoman, Accra where she discovered her music gift at a very tender age listening to great musicians and started crafting her own lyrics after an inner grooming.

In 2011, she began her musical journey as a session backing vocalist, recruited to do voice overs and jingles by advertising agencies and recording studios as a way of building a wealth of experience in the process.

In the year 2014 she was asked by the President of Big Nash Promotions for a demo of her music. After listening to her song, Big Nash was not only impressed but discovered a real talent and encouraged her to play with a live band and later linked Elis to legendary Abrewa Nana to help in transitioning the young talent into a confident soulful stage presence. 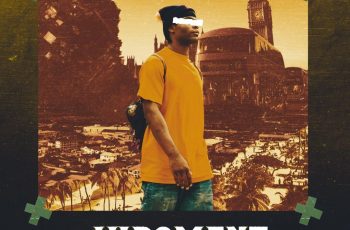