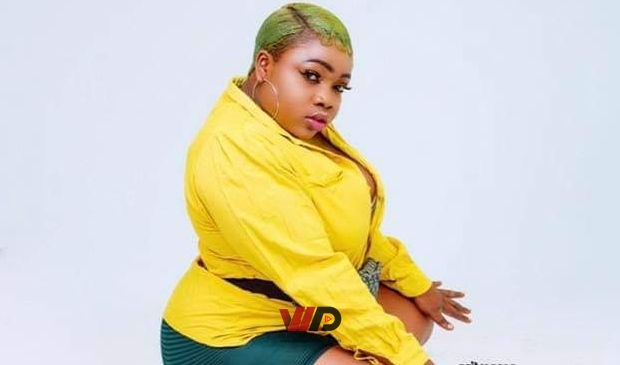 Songstress Queen Haizel has laid the blame of unsung artistes not being able to breakthrough in the music industry at the doorstep of industry gatekeepers.

According to the ‘Bravo’ crooner, some key industry players are working against talented but unheard artistes in the country.

On the Time With The Stars show, the controversial singer stated categorically without mincing words what she sees the music industry to be.

She said; “There’s no support for up and coming artistes. Without a hit song even when you pay payola (money given to DJs to play your songs) they will mainstream artistes songs”

“I’m lucky they play my songs small small. I’m talking for all unsung artistes. There are songs with good lyrical content but because its not known DJs refuse to play them for fear of losing listener ship”.

She went on to school industry players in the country how they can help unheard artistes in their own small way.

“…everything is strategy Nigerians have a list of top 100 music plays on Apple, iTunes, or whatever. How many top artistes are in Nigeria at most ten (10) and the remaining ninety (90) are underground artistes. They include them while here in Ghana the list comprises of almost every country but that’s not the case in Nigerian”.

Disappointed Queen Haizel concluded that “we can solve our own problem. I don’t know what our problem is in Ghana”