In reading the judgment on Thursday, March 4, 2020, Chief Justice, Anim Yeboah stated that the petitioner failed to prove his case beyond a reasonable doubt. He added that the errors announced by the Electoral Commission Chairperson, Jean Mensa, which were subsequently corrected cannot be used to invalidate the election.

According to the Supreme Court, the errors announced by Jean Mensa did not adversely affect any of the candidates in the 2020 elections. The Supreme Court also held that the petitioner failed to adduce enough evidence to merit a re-run between himself and President Akufo-Addo.

The Chief Justice in reading the judgment also described as fanciful the witness statement by Michael Kpessa-Whyte and Rojo Mettle-Nunoo.

Justice Anim Yeboah said the two witnesses had themselves to blame after abandoning their duty in the strongroom since they were under no obligations to leave when their work in the room was not finished.

Mr Mahama who re-contested the election on the ticket of the National Democratic Congress (NDC), took the Electoral Commission to court, challenging the validity of the Commission’s 9th December 2020 declaration of Nana Addo Dankwa Akufo-Addo as the winner of the poll.

Mr Mahama also contended in his petition that, President Akufo-Addo did not meet the constitutional threshold for election to the high office of the president yet was so declared. 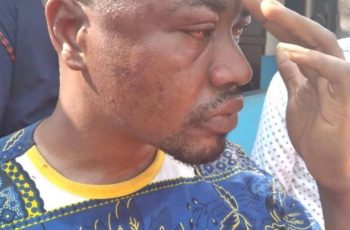