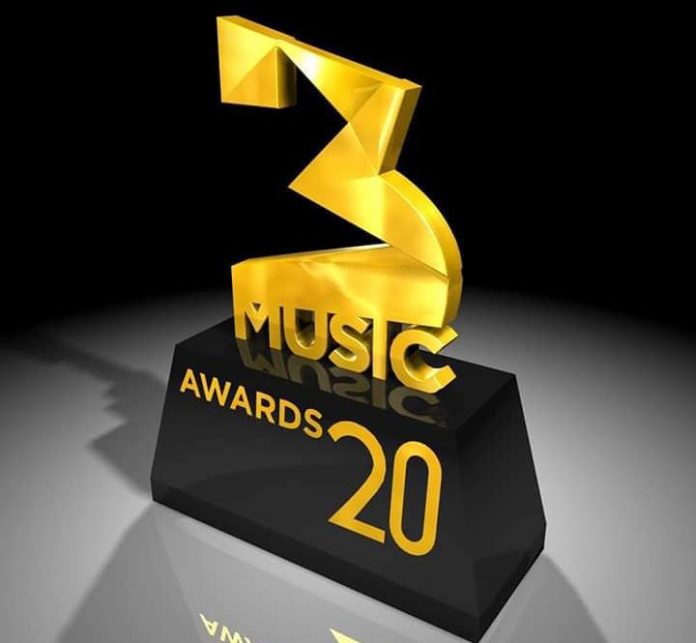 3rd edition of 3Music Awards was held virtually on May 2, 2020 at Fantasy Dome.

There was no audience at the auditorium of the ban on social gatherings by the president due to the deadly Coronavirus.

Gospel Song Of The Year – Agbebolo by Celestine Donkor

Group Of The Year – DopeNation

Reggae/Dancehall Song Of The Year – Poverty by J Derobie

Producer Of The Year – MOG Beatz

African Act Of The Year – Teni

Breakthrough Act Of The Year – Fameye

DJ Of The Year – DJ Vyrusky

Best Album – Made In Ghana by Okyeame Kwame

Song Of The Year – Things Fall Apart by Kofi Kinaata