Ghanaian UK based gospel musician Joseph Matthew has disagreed with the ideology of gospel acts not collaborating with secular acts but rather it’s an act of hypocrisy and has to stop.

In a recent interview with C.O Sly, host of ‘Hot Rush Hour’ show on Accra-based Hot 93.9FM when he was asked whether he has any intentions of collaborating with a secular musician he said;

“Personally, I don’t have any qualms about that, in the sense that I’m singing based on motives and the endpoint is I’m proclaiming Christ if my spirit tells me to do it why not? I have always wanted to feature a secular musician”, Matthew revealed.

“Frantically speaking, it would make much sense for a gospel musician to feature Shatta Wale or Stonebwoy than feature Qweci Oteng or Diana Hamilton…The bible says we should go all over the world to propagate the word, so as a gospel musician, I don’t have to perform in the churches alone. I need to win souls for Christ, so between a secular musician who is perceived to be an unbeliever and a gospel musician, who should, I feature? Obviously, it’s the secular musician in order to sway his or her fans to become believers”, he added.

Joseph Mathew is going to have his first performance in Ghana during this year’s yultide season. 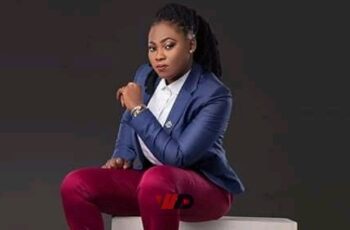