Home
Gossip
I Have Not Insulted The Media – Bisa Kdei

After the tweet by Bisa Kdei went viral while having a Q&A session with his followers for alleging that some folks in the media are sabotaging his works, there has been incessant calls on him to retract that statement and apologize unreservedly.

In an exclusive interview with Amansan Krakye on Radio Central in Cape Coast, Bisa Kdei was asked what provoked him to blame the media for his career nosedive, he said

“I have not insulted the media fraternity. I have explained myself on several platforms as to what brought about the tweet.

“There is problem with everyone’s account. I said I wasn’t the one who put out that tweet.

“It was a mistake that happened and it was out of the person’s bad context.

“So I will seize this opportunity on your big platform to apologize to everyone in the media who felt insulted to forgive me wholeheartedly.

“That wasn’t what I meant to say though the context is perfect but it was suppose to be some people not the entire media fraternity”. 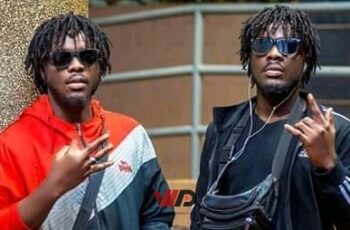