“Things Fall Apart” hit maker Kofi Kinaata has disclosed that his song made budding songstress NaaNa Blu popular and he is ready to feature on her song.

Speaking with Amansan Krakye on Radio Central and monitored by wysepromotions.com, the Fante rapper stated that his song was already big before NaaNa Blu did her cover version which also went viral.

“She became popular through me. My song she sang made her popular. Things fall apart was bigger already so if there is any NaaNa Blu today it’s because of my song”, he divulged.

“If she has any song that she wants me to feature, why not”, he added.

NaaNa Blu broke into the Ghanaian music market after she released a cover version of Kofi Kinaata’s ‘Things Fall Apart’. Some critics even rated her version the original version.

Listen to “Things Fall Apart” by NaaNa Blu below 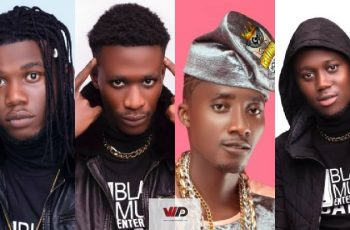