Ghanaian rap artiste Kwaw Kese has lamented over the fact that Sarkodie and other colleagues don’t reply to his messages.

Kwaw Kese revealed this when speaking in an interview with 4Syte TV on Instagram Live.

Kwaw Kese who was reacting to a question about possibly collaborating with Sarkodie since the two are in the states stated emphatically that the Sarkcess Music Boss Sarkodie has been ignoring his numerous messages.

Kwaw Kese stated that it really hurts when he sends Sarkodie beats and he replies with flimsy excuses.

“If I send you a message, you have to respond. It’s not Sark alone, it goes to all the other musicians. Today you might be up but tomorrow you don’t know who might be up. When we get somewhere, we have to make sure we are each other’s keeper and keep going as Ghanaians. But it hurts me when I send Sark beats and he gives flimsy excuses. If you won’t do it, you can say you can’t or let’s find another beat. That is reality”, Kwaw Kese stated.

He added that his colleague artistes should be each other’s keeper but some attain certain levels and then turn their backs on them. 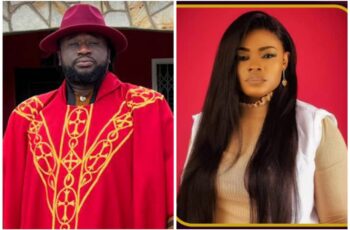