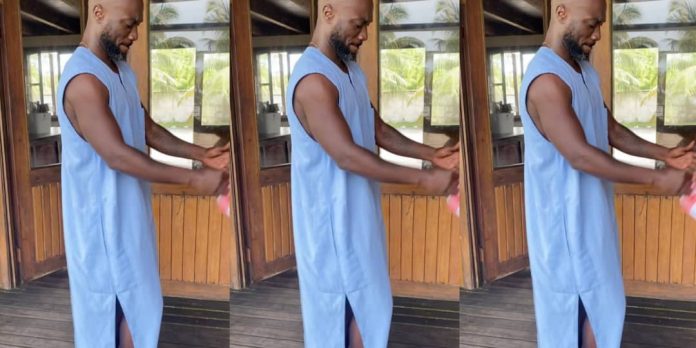 Ghanaian high life musician Kwabena Kwabena is allegedly reported to have gone broke after lavishing his money on women during his music career.

In a video sighted by wysepromotions.com, Kwabena Kwabena was seen dancing in front of a wooden structure which is alleged to be his residence after leaving the music scene for a long period of time.