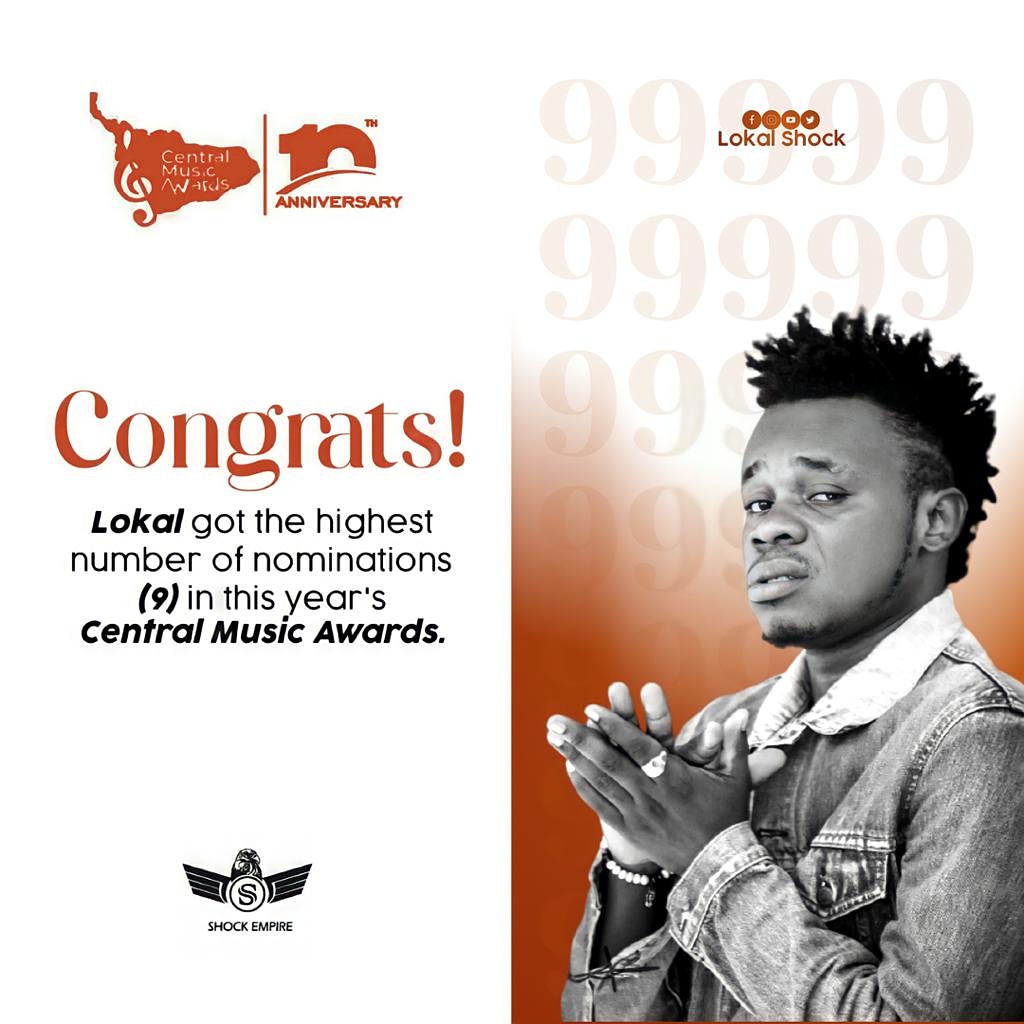 The rapper came out victorious with the highest number of nominations (9) in categories like.

The rapper who had been working tirelessly for over a decade now said “I’m proud of myself and thanks to Central Music Industry for recognizing my hard work over the years” this won’t be meaningful if we don’t win enough so will urge all my fans (Shock Empire) and the whole Mfantseman Entertainment Fraternity to support me to bring glory to our beloved United-Mfantseman when the voting starts he pleaded.

Lokal who is currently out with his latest jam titled tomorrow

Is also currently working on his first-ever studio album which much is expected from it. The album I’m told has a lot of A-list artists, let’s watch out.