NaaNa Blu, a talented young singer and songwriter who performed Kofi Kinaata’s “Things Fall Apart” in grand style at the discomfort of his many fans, Team Moove, has dropped a new song that seems to be a responds to the many critics that were daring her to do her own song if she is really good.

One of the known Kofi Kinaata Fans, Alexarose DE Brutality said in the comment, “She should go and do her own..if she is really good and leave people dema songs alone make it rest”.

Following the widespread challenge after her cover of Kofi Kinaata’s ‘Things Fall Apart’, NaaNa Blu is making waves with the release of her single “Sugar Cane”.

“Sugar Cane” was produced by award-winning music producer DDT. It is a perfect blend of mid-tempo Afro Beats and hypnotic Highlife sounds with lyrics inspired by the singer’s observation of the love between an old couple. Her fluid vocal delivery will leave you wanting more and more and it is the perfect addition to your music library for this new year, most especially if you’re in love.

“I’ve never had this much energy for a musical release! this is incredible. I just wanna dedicate this to my fans and also say thank you to them for the love and support, this is some epic shit.” NaaNa Blu reflected prior to dropping the song.

The song which was released on some digital stores about a week ago has got some exciting reviews already.

Newly signed Quophimens Musiq label’s singer/songwriter, NaaNa Blu explaining the inspiration behind “Sugar Cane” to Akwesi Aboagye of Peace 104.3 FM said, “I was in a car “trotro” with a certain old woman who was describing her husband as sugar cane to a friend, telling her how sweet the husband was like “ahwir”, everyone on the bus including myself laughed at her comment and hence the inspiration for “Sugar Cane”, I’m glad it all came together nicely, it is more than I expected”.

‘This new tune is a gift to anyone who is in love or has found love.’ NaaNa Blu added.

Listen to “Sugar Cane” below: 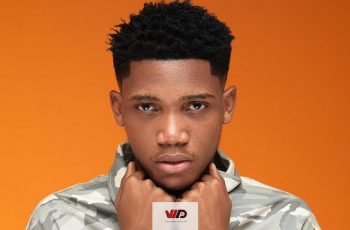