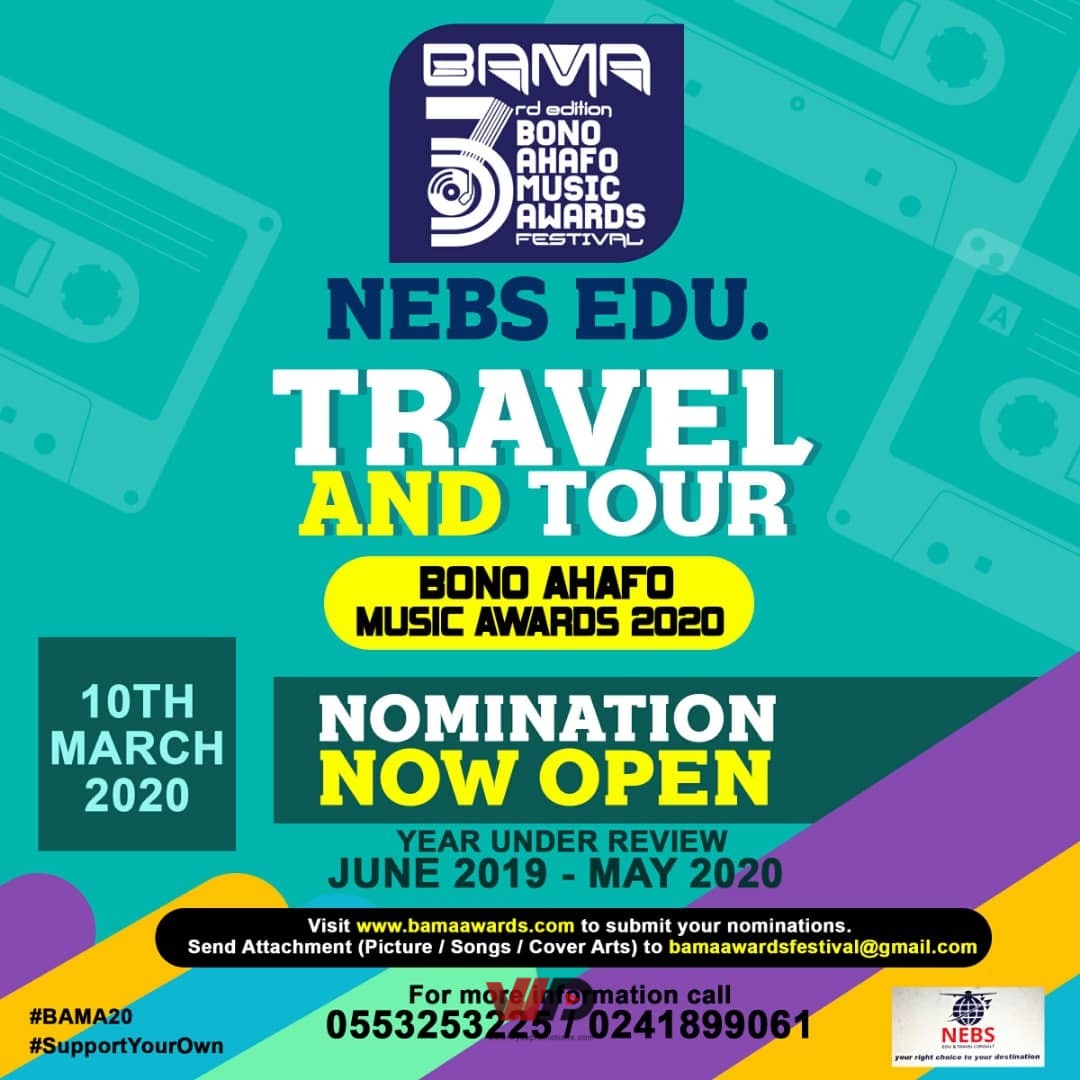 NEBS Education Travel and Tour Consult has entered into a partnership agreement with the organisers of the Brong Ahafo Music Awards (BAMA) J black Code Events, to host this year’s edition.

The event which is being organised to reward Brong Ahafo music industry players and those outside Brong Ahafo who have contributed to the development of the music industry, BAMA is considered to be the biggest event on the entertainment calendar in Brong Ahafo region.

Since its inception two years ago, the Brong Ahafo Music Awards has been embraced by all stakeholders in the music industry, including music artistes and producers, in the region and outside the region.

The organisers revealed that there are a lot of companies to sponsor this year’s event but the one on board is NEBS Education Travel and Tour.

Details of the sponsorship packages from the company is to take the artist of the year to Dubai for shorting of music videos.
They also injected some money into the event to make it successful. The amount isn’t disclose but reports indicate that the amount involved is huge.

The organisers also announced that in addition to their various sponsorship packages, the company is sponsoring six categories out of the 31.

One key category being sponsored by the company is the artiste of the year.

The Chief Executive Officer (CEO) of BAMA, J black code, applauded the company for being the main sponsor and expressed his joy to have them on board.