The stern rebuke came after Pyongyang fired two short-range ballistic missiles into the Sea of Japan on Wednesday Washington time, which Biden said are violations of a UN resolution that prohibits North Korea from developing the weapons.

“We are consulting with our allies and partners, and there will be responses if they choose to escalate,” the US president said at the White House. “We will respond accordingly. But I’m also prepared for some form of diplomacy, but it has to be conditioned on the end result of denuclearization.”

The tests have rattled key US allies in South Korea and Japan.

Biden agreed when he was asked if he thought North Korea is the most pressing foreign policy challenge facing the US.

Turning to Afghanistan, where the US is facing a May 1 deadline to withdraw forces under an agreement with the Taliban brokered by former President Donald Trump, Biden voiced skepticism about the likelihood of the timeline being met.

“It is going to be hard to meet the May 1 deadline in terms of tactical reasons: it’s hard to get those troops out,” he said, noting he and Secretary of State Antony Blinken have been speaking with NATO allies to establish a “safe and orderly” withdrawal.

Even as he was reticent to commit to the looming pullout date, Biden rejected the suggestion that US forces could still be in Afghanistan by 2022, saying “I can’t picture that being the case.”

“We will leave. The question is when,” he said.

Biden’s commitment to the withdrawal if not the timeline agreed upon by the past administration comes as Afghanistan has seen a dramatic increase in violence since the Taliban and Afghan government began talks in September. That has included targeted killings of journalists, civil society members and health workers the UN has warned may amount to war crimes.

Figures from the UN Assistance Mission in Afghanistan suggest 3,035 civilians were killed and 5,785 injured in attacks in 2020, with a significant rise in assassinations since talks began.

Adela Raz, Afghanistan’s UN envoy accused the Taliban of “directly targeting those who strive for a better future” through the killings and seeking to undermine the country’s prospects for a democratic future.

Biden further vowed China would not surpass the US as the world’s pre-eminent superpower under his watch, vowing that America would “grow and expand” as icy relations between the rivals have rolled over from the Trump administration.

The Biden administration has acknowledged there will be “stiff competition” between the nations but has emphasized they are not seeking confrontation with China, a policy reiterated by the president.

“We’ll have strong competition, but we’ll insist China play by the international rules: fair competition, fair practices, fair trade,” he said, stressing the need for democracies to work together in the great power showdown.

US and Chinese top diplomats earlier this month exchanged exceedingly rare public rebukes during the first face-to-face meeting between the countries since Biden assumed office in January.

In the wake of the undiplomatic showdown, the US president voiced exceptional confidence in Blinken, saying he was “proud” of him. 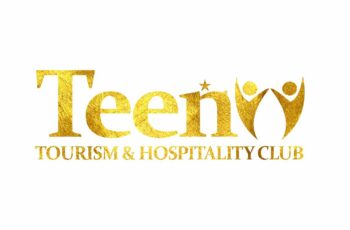