In accordance with recent happenings between actress and entrepreneur Fella Makafui and rapper Medikal, has resulted in a powerful juju man sending strong cautions towards the camp of Medikal.

Powerful fetish priest Togbi Agemenua and other fetish priests from Klikor-Afegame in the Volta Region of Ghana, the hometown of Fella Makafui have sent a strong word of caution towards the camp of rapper Medikal, to be careful how he treats Fella Makafui or face their wrath.

“We observe with some much worry and fear how Medikal treats our daughter. The eyes of the gods on him and he should comport himself rather than playing around with our daughter”, he warned.

This message by the priest was sent to Medikal through a friend. Eventhough it’s still not clear what actually caused the separation between the two.

As at now Fella Makafui has disbanned the rumour that Medikal slept with her sister Fandy as the cause of their break up. 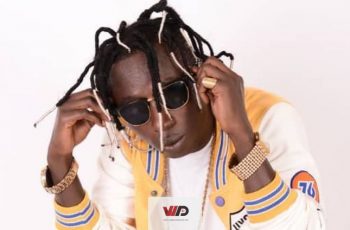