Haruna Seidu Soale is a film producer and director of Ghanaian origin. He is well known in the movie industry as (Zoree.) He was born on 20th June, 1980 in the city of Buipe in Northern Ghana.
He acquired his high school certificate at Techiman Senior High in the Brong Ahafo region of Ghana.

He began his filmmaking career at an early age when a friend who was a film director invited him on set often and he got in love with film practice. He then began taking roles in production as a production assistant and later as a production coordinator.

He further enrolled in a film school where he took acting training at the Ghana Youth Cultural Centre in a playhouse called Phihankra.

He got his huge career boost moving to one of the biggest film productions in Ghana, Venus Film Production as a Still Photographer in 2005.

Mr. Soale worked his way up through the production ranks from Production Assistant, Still Photographer, Production Manager, and Producer to a Director. He had his Directing course at Hollyworld Entertainment School. And his Tertiary Education at Mohali in special effects SFX and Directing India. He has produced and managed a lot of Award-Winning movies for the Ghana movie industry.

Mr. Soale worked on a movie title (The fight for love) in 2003 as a first-time producer as directed by Efo Lucky Caleb.

In 2010, Mr. Soale produced and directed his feature movie “Save my Soul” and his second breakthrough movie “Sunny Day” in 2011. Sunny Day became the best-selling film for Ransanies distribution at Ghana’s then film market the Opera Square. Also in 2011, he managed and produced “Ties that Bind” for Turning Point Pictures which won the Best Diaspora Film at the San-Diego Black Film Festival in 2012. He also managed and produced another award-winning movie titled “Northern Affair” which also netted 11 nominations at the Ghana Movie Awards in 2013. Winning Jury Special Awards for Best Film, Best Screenplay, Best Cinematography, Best Editing.

In 2014, he managed and produced another award-winning Web TV Series titled “Poisoned Bait” for Iroko TV and DSTV. And In 2015 he managed a movie called Like Cotton Twine, for Turning Point Pictures USA. This has gotten a nomination for LA Film Festival 2016. And he has also Managed and Produced Sink or Swim (SOS) For TNA Production in 2015 which has already gotten the endorsement of (IOM) Official Trailer on www.youtube.com He has also Managed an award movie called “BLACK BEACH” which is on Netflix, And also Manages an Award movie on BBC called BLACK EARTH RESIN” TRADE STONE” on Netflix, and an award tv reality show called Love Without Borders for “BRAVO TV”At USA. And also produced his latest movie titled “THE STORMS in 2021 which is yet to come out into the market.

Mr. Soale has had the privilege to work with high-profile movie directors in Nollywood and Hollywood, such as Prince Richard Nwaobie the CEO of (TNA) who is a renowned independent film producer in Africa and the USA.

Leila Djansi is an award-winning director and was presented the 2011 Festival Choice Awards from the British Academy Film Festival. She is also a two-time African Academy Award winner for Best Screenplay. In 2015, Mr. Soale gained a three months Indian scholarship to study special effects in editing and directing.

Mr. Soale is a well-known filmmaker in Ghana and Nigeria. He is a Board member and a Taskforce director for Ghana Actors Guild (GAG) and a chief coordinator for Greenmile Resources in Ghana. In 2012 – 2016, he was the vice-president for Film Crew Association and now the Board member of the association. He currently holds the position as Greater Accra regional chairman of the Directors Guild of Ghana.

He is a board member of the Film Federation of Ghana and an executive
producer of Afriwood Media.
Haruna Seidu Soale strives to make the world a better place through storytelling, visually stunning film making and bringing to light human rights.

Mr. Soale has used his position to introduce many young filmmakers into the profession and still mentors many. His passion to develop African film is awesome and we hope to see him win more awards and honoraries for the Ghana film industry. 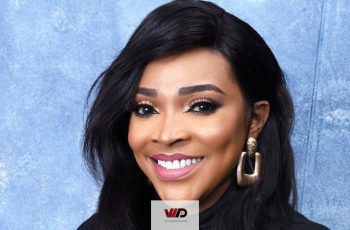 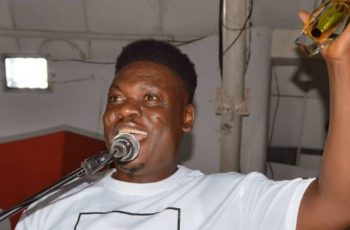