The 4th edition of Accra Indie Filmfest (AiF), dubbed The Hybrid Edition, under the theme “Expand Your Creative Horizon” is slated for 2nd to 6th August, 2022.

In October 2021, a call was made for young and independent filmmakers all over the world to submit their films for consideration as part of the 4th edition of the ever-growing international short film festival.

Over 800 short films from 96 countries were received. A first set of juries was set up to help screen the number of films down to about 150. Finally, a nine (9) member jury board was formed. This included Tony Asankomah (film-critic) from Ghana, Mpho Ramathuthu (producer) from South Africa, Judith Audu (producer/actor) from Nigeria, Kizito Samuel (filmmaker) from Uganda, Joy William (creative director) from Ghana, Masoud Soheili (filmmaker) from the Iran, Mercy Mangwawa Mubayiwa (Producer) from Zimbabwe, Akosua Hanson (producer/theater practitioner/radio presenter) from Ghana and Aleta Rajic (creative director) from Bosnia and Herzegovina, who together, selected the films for this year’s edition of the festival.

The festival finally considered 41 short films of all genres including animation, narrative short films, music videos, student films, documentaries and digital forms of storytelling from 20 countries to be screened and celebrated as part of this year’s edition of the festival.

As part of the official selections, Accra Indie Filmfest in partnership with Clermont-Ferrand International Short Film Festival in France will screen 4 short films during the festival programming. In addition, the two short films produced by the participating teams of this year’s edition of AiF FilmArt would be premiered at the festival. All the films will also be available virtually to stream on the festival’s website.

For more information and details, visit www.accraindiefilmfest.org and follow all their social media handles. 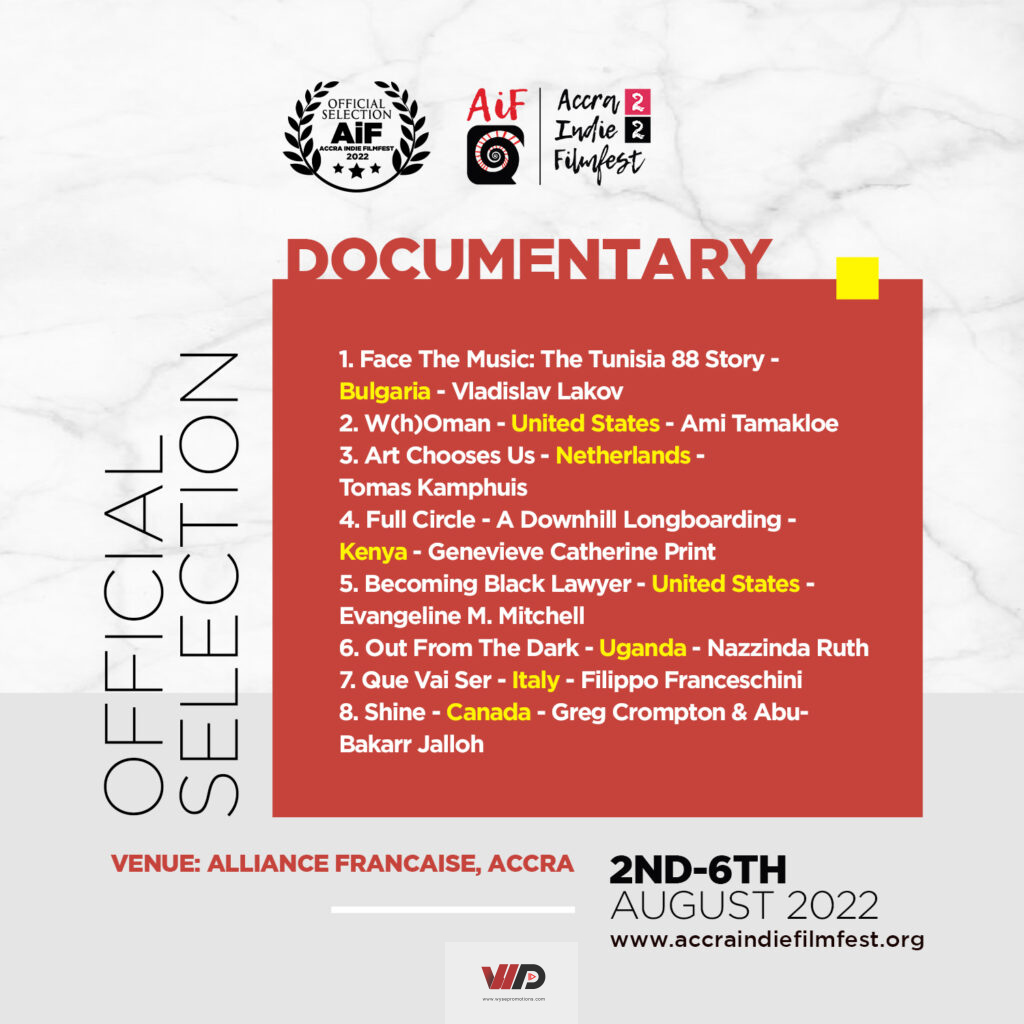 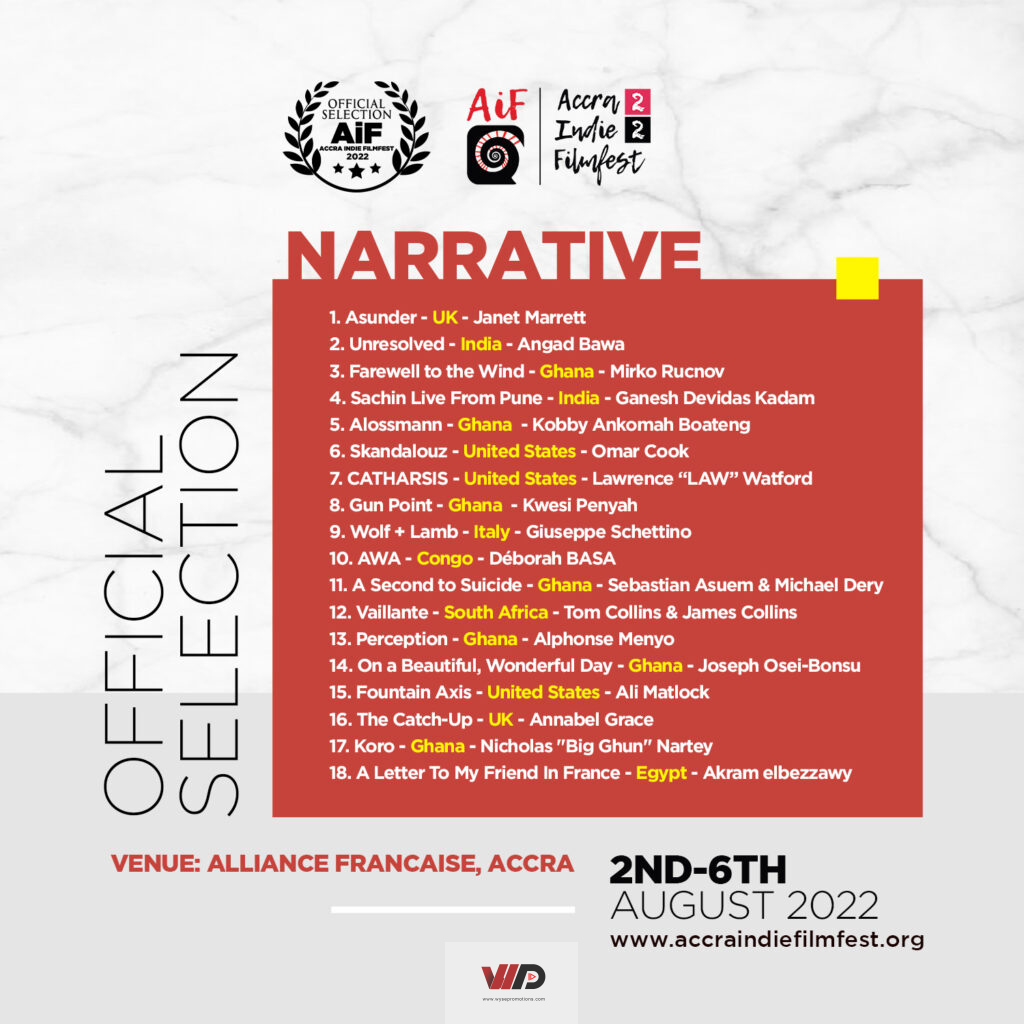 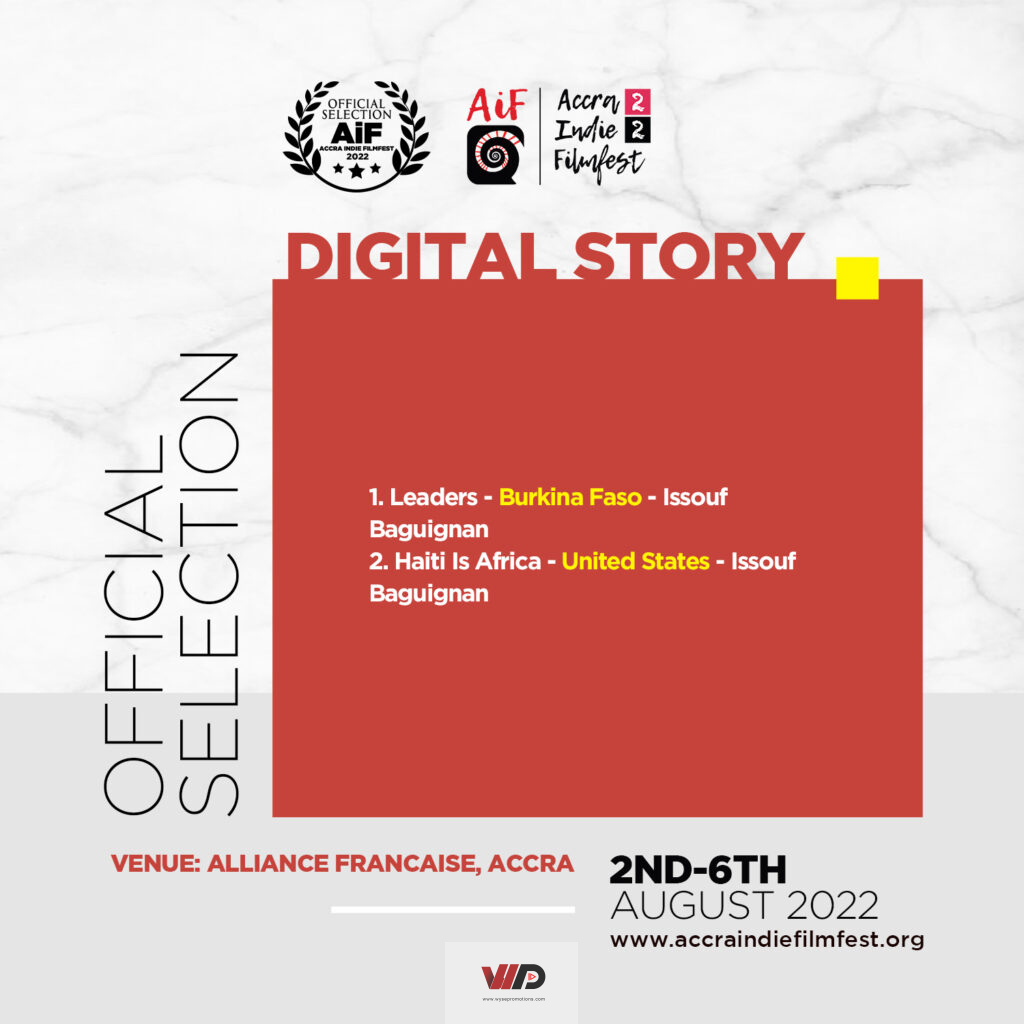 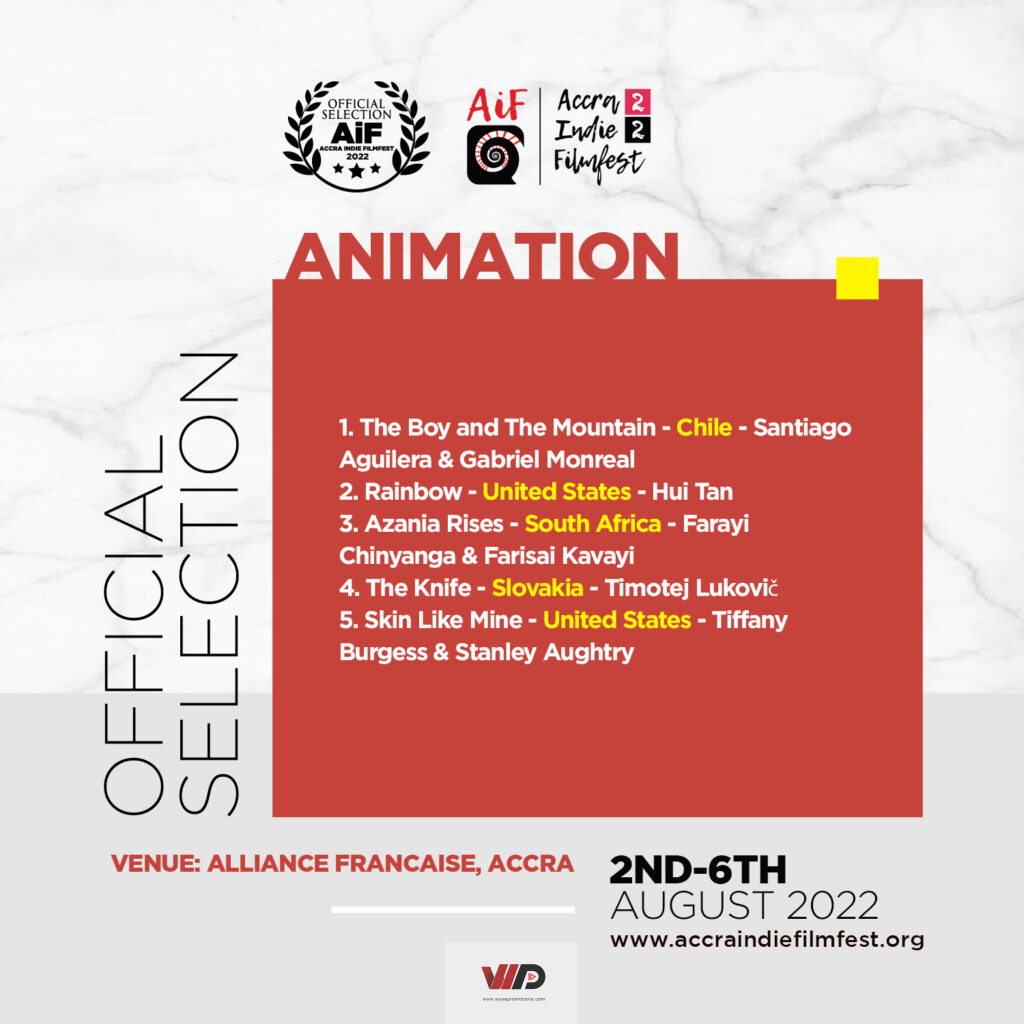 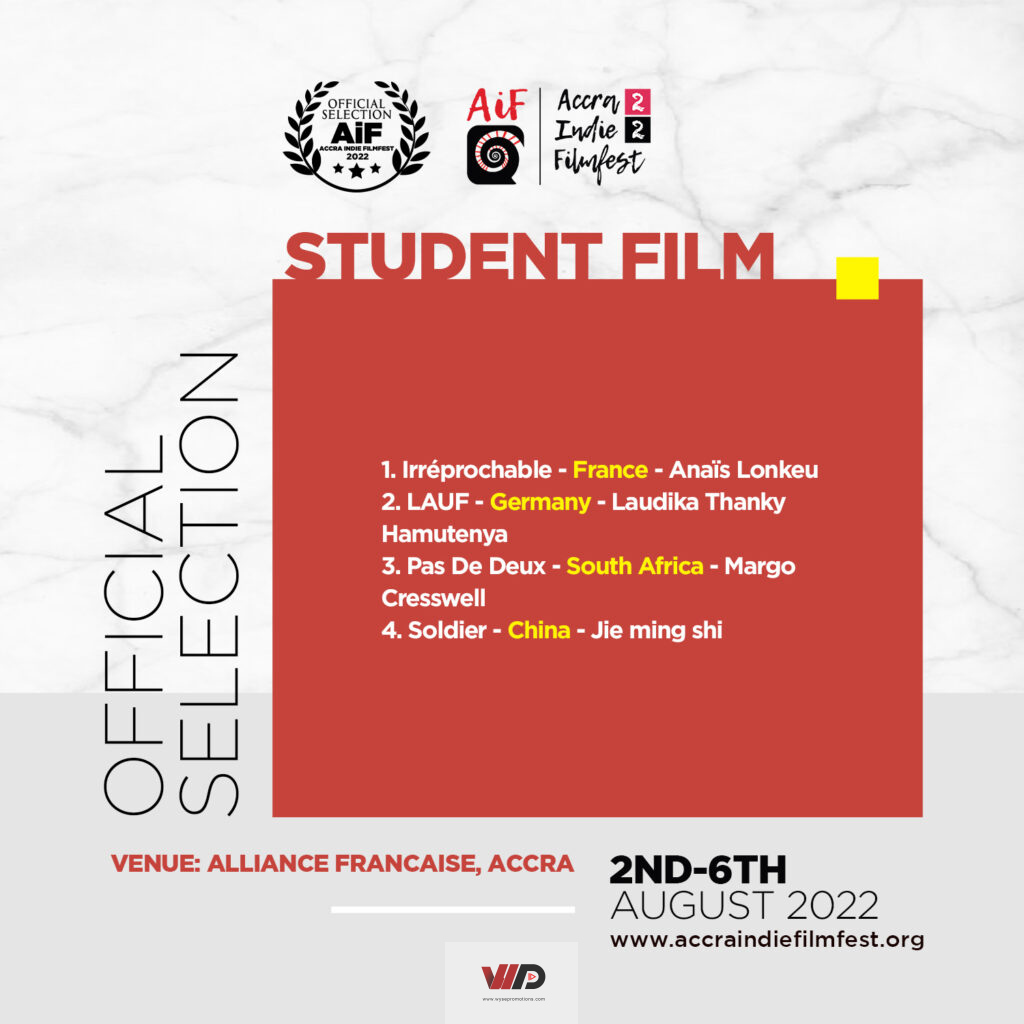 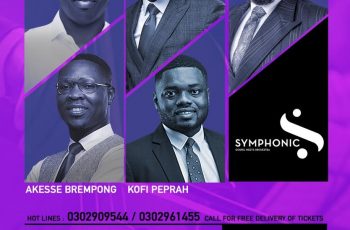