The artistes in the Ashanti region have been given an opportunity to improve and facilitate good music and encourage them to take active keen interest to promoting music in the region as 3D Events Management in collaboration with the Ashanti regional branch of Musicians Union of Ghana (MUSIGA) yesterday officially launched an award festival in the regional capital Kumasi.

Speaking to the media after the launch, the CEO of 3D Events, Mr. Derrick Mensah also known as Demenz hinted that music as it is popularly said is the fruit of the soul and added that without good music the world would be a boring place to live. He said music remains a medicinal prescription for solving most problems like settling of scores, uplifting of one’s soul when it is weak or down, motivates, encourages, inspires and helps to give up in one’s life.

He lamented that despite Ashanti being the food basket of the Nation, it has experienced migration of its youth into other regions in search for greener pastures and opportunities that abound in the creative arts industry.

“Following several attempts and calls by various groups and individuals to have the Government and its ministry for creative Arts to support the talents in the Ashanti region, this has yielded zero results” he stated.

Unlike previously where great Musicians like Agya Koo Nimo,the late Nana Tuffour,Dr. Paa Bobo, etc stayed and built successful music careers for a reason, Most of the young Artistes today will have to relocate to Accra before their career can flourish. “Talents in the region are left single handedly to strive in music journey alone , the region over the past few years cannot boast of producing up to 10 music legends in recent times, yet is blessed with equally good talents who are capable of competing National and International platforms ” he added.

He said it is however against this backdrop that the 3D Events Management collaborated with MUSIGA ASHANTI to spearhead regime change in the region.

In an interview with the Regional Chairperson of MUSIGA Ashanti, Mrs. Augustina Addison, she started Ashanti Region Music Awards (ARMA) will be an annual awards event that will recognize musical talent in the Ashanti Region. Its aim is to recognize and celebrate the hard work and dedication of the various players in Ghana’s music industry through the region’s most coveted awards scheme.

She further explained that the selection of the nominees will be based on key fan interactions as reflected on digital song sales, radio airplay, streaming, social activity and touring. These measurements will be tracked by the nominations committee and its data partners, including bloggers, promoters, radio Djs, and entertainment critics.

In his closing remarks, the CEO of 3D Events management, Demenz reiterated the fact “The Ashanti Region Music Award festival is open to all musicians, Sound Engineers as well as all other musical talents in the region, it is not family and friends award” He also used the opportunity to call for support from all stakeholders as well as sponsors in making the scheme arguably the Biggest, Most Anticipated, Most Patronized and Most Significant Entertainment event on the Ashanti region social calendar. 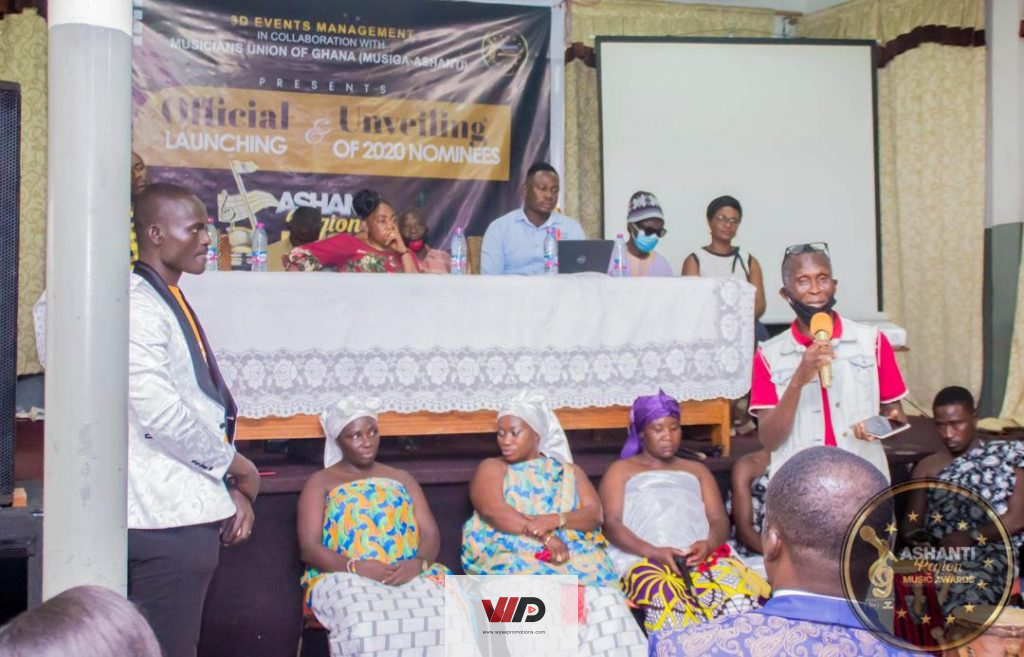