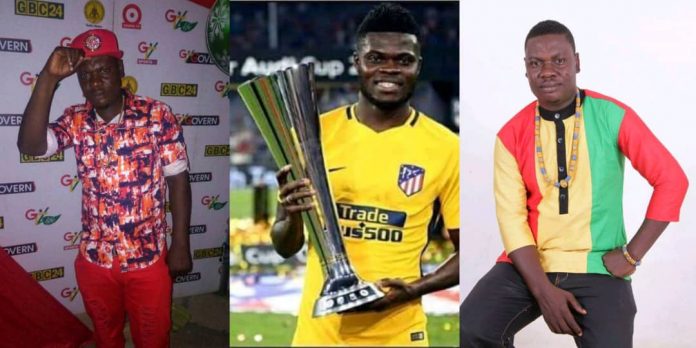 Ghanaian singer Charlorson has shockingly revealed that the senior Black Stars team needs someone like Thomas Partey to captain the team.

According to the “Lailai” singer, Thomas Partey is the only player who can lead the team to win African cup and not Dede Ayew.

“Please we need a player like Thomas Partey to handle the captain band, because he’s the one who can lead Ghana to win the next African cup and the world cup. I will urge Mr. C.K. AKONNOR to give the captain to Thomas Partey if he wants to win a trophy for our motherland.
We need a trophy not a captain competition, in this era only Thomas Partey can lead the senior national team to win our fifth trophy”, he posted.