Home
No Category
My Contract With Sarkcess Music Has Ended – Akwaboah

Award-winning songwriter and singer Akwaboah has about his contract with Sarkodie’s Sarkcess Music. According to him, the contract has ended and they are still talking to as whether they will continue or not.

Speaking with KOD and Cookie Tee on Starr FM, the “Hye Me Bo” singer disclosed that his 3 years contract with Sarkcess Music has ended.

“We are still talking. You know we actually signed for 3 years and it’s now up. But then we still talking as to whether we want to continue.

“It was a 50-50 deal with him. Everything I make we split 50. And then he wasn’t giving me any pressure to do like up-tempo songs”, he disclosed.

He also added that Sarkodie gave him the chance to do any type of song he wants.

“You know when you are on a record label, record labels will tell you do this because we need quick money and then after 4 to 5 years they are nowhere to be found, which is the artistes but Sark wouldn’t give me any pressure and everything. He was like do you, because this is the way some people went and then they fell out. So be you, do you and do what fits you”, he said.

Akwaboah also recommended Sarkodie for a good working relationship over the years.

“I think it’s been awesome with him and then if the deal comes now and he wants us to do something why not?”, he concluded. 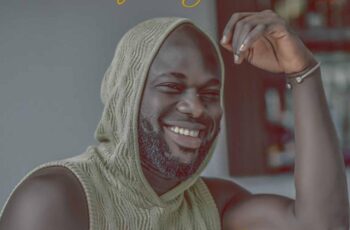