Rapper, Sarkodie swept the board at the 2020 3Music Awards; winning five honours including Music Man of the Year and Hip hop/Hip life Act of the Year.

The musician is taking all the praise on social media after sweeping the most awards on the night.

He also won the Fan Army of the Year, ahead of Stonebwoy’s Bhim Nation, Shatta Wale’s Shatta Movement and Kofi Kinaata’s Team Move.

His duet with Efya in 2019 also won him a Best Collaboration Award.

Many of his fans are happy for the milestone Sarkodie achieved in the year under review after having to walk home with no honours last year.

Kofi Kinaata won both of his awards with his hit song Things Fall Apart.

Meanwhile, Shatta Wale who took home the most awards last year ended up with only one this year – Digital Act of the Year.
His biggest rival – turned brother – Stonebwoy, also won one award – Reggae/Dancehall Act of the Year.

Efya swept the Best Female Vocalist award with her performance on ‘Saara’. Wendy shay did not win any award.

Taking Shay’s spot at the Breakthrough Act of the Year is Fameye.

This year’s 3Music Awards came off at the Fantasy Dome, Trade Fair.

However because of the ban on public gatherings – due to the Covid-19 pandemic – it was held with no audience and streamed on Joy Prime and other social media pages. 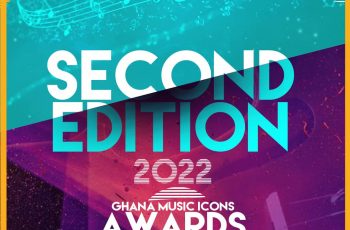