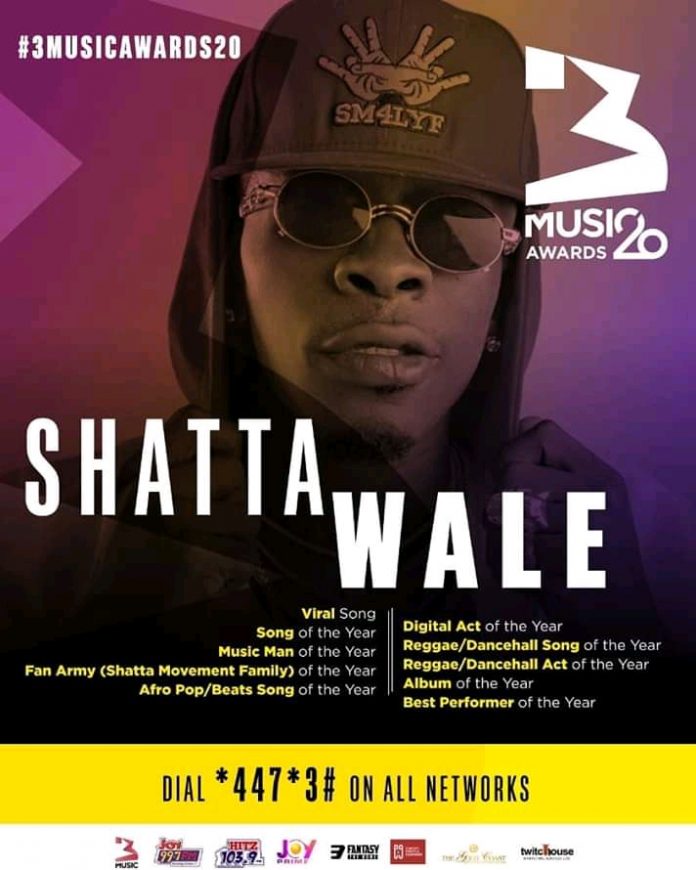 Entertainment Research outfit, Remedi Entertainment has once again conducted their analysis and sampling from the public on the possible winners of the 3Music Awards 2020.

This is part of the outfit’s collective responsibility to ask the public who matters most within the music ecosystem to choose their favourite anthem. With our hopes high, these set of artistes will win the various categories they have been nominated.

The full list of Possible winners of 3Music awards 2020 below:

Breakthrough Act of the Year – Fameye

DJ of the Year – DJ Vyrusky

Group of the Year – DopeNation

Male Act of the Year – Sarkodie

Producer of the Year – MOG Beatz

NOTE: The list above is someone’s suggestion and not official.